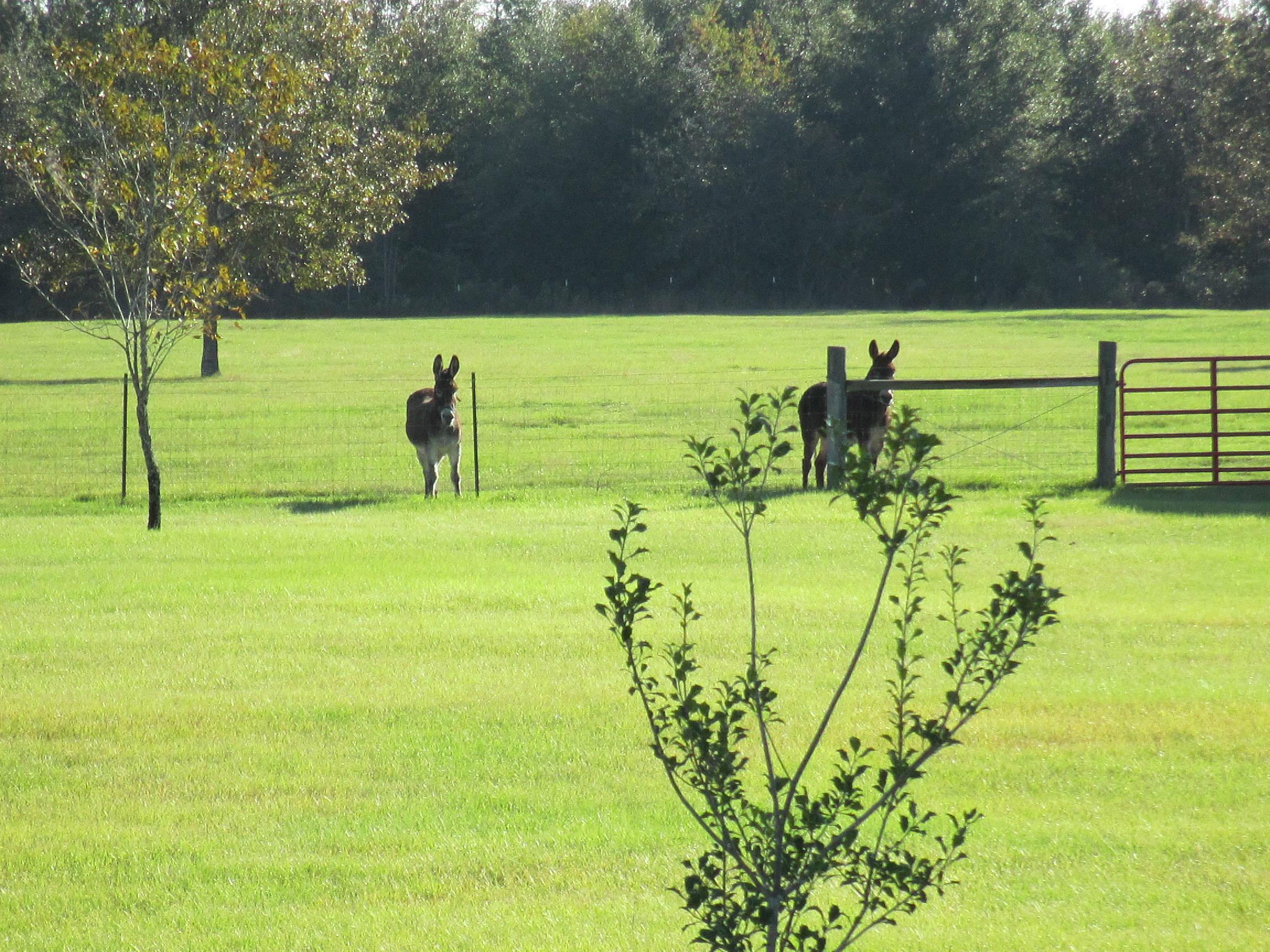 Live Oak is a real place. Small towns all over the country are struggling to keep their way of life and heritage intact and still survive in the 21st century. That is the background for the Live Oak Series but the characters are the heart of the stories, their struggles, triumphs, and solutions to the twists and turns in life. Live Oak in my fictional world is filled with challenges and triumphs.

Every character in this series is fictional. Except two. Those two are Jennifer and Tina who appear in books three and four. These two friends of mine talked me into putting them in the story. We made a deal. Each had to create her own physical description. Each will have her own book. I am working on Jennifer’s now.

A stalker sneaks into town to kill. Country justice comes in the form of an irate donkey named Jay.

A city woman who needs her lattes and shoe stores discovers the misadventures of tractors and barnyard animals that have no idea when to shut up in the morning. Normal people do not wake up at dawn.

The construction crew arrives to build a vision of the future for Live Oak. Mother Nature has other ideas with a hurricane on the east coast and a bomb on the west coast.

Add in a child escaping terrible abuse and neglect, a cranky judge, a sheriff who heads the local country band, and a wounded veteran who is not going to give up and the plot thickens with every book.

That doesn’t count the three weddings to date and two more in the future.