Avoid the use of passive verbs. They slow the story, decrease tension and they do not create definitive actions, words or responses. Ex. He became angry. Okay, you told the reader he is angry. Became is passive. 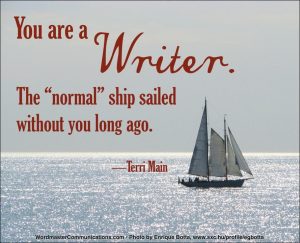 Let’s show the reader instead. Much more immediate, intense and definitive. Ex. Anger flashed through him in a storm of adrenaline. His hands clenched against the need to kill. Show don’t tell is a very good idea to keep in mind from the first word you write until the last.