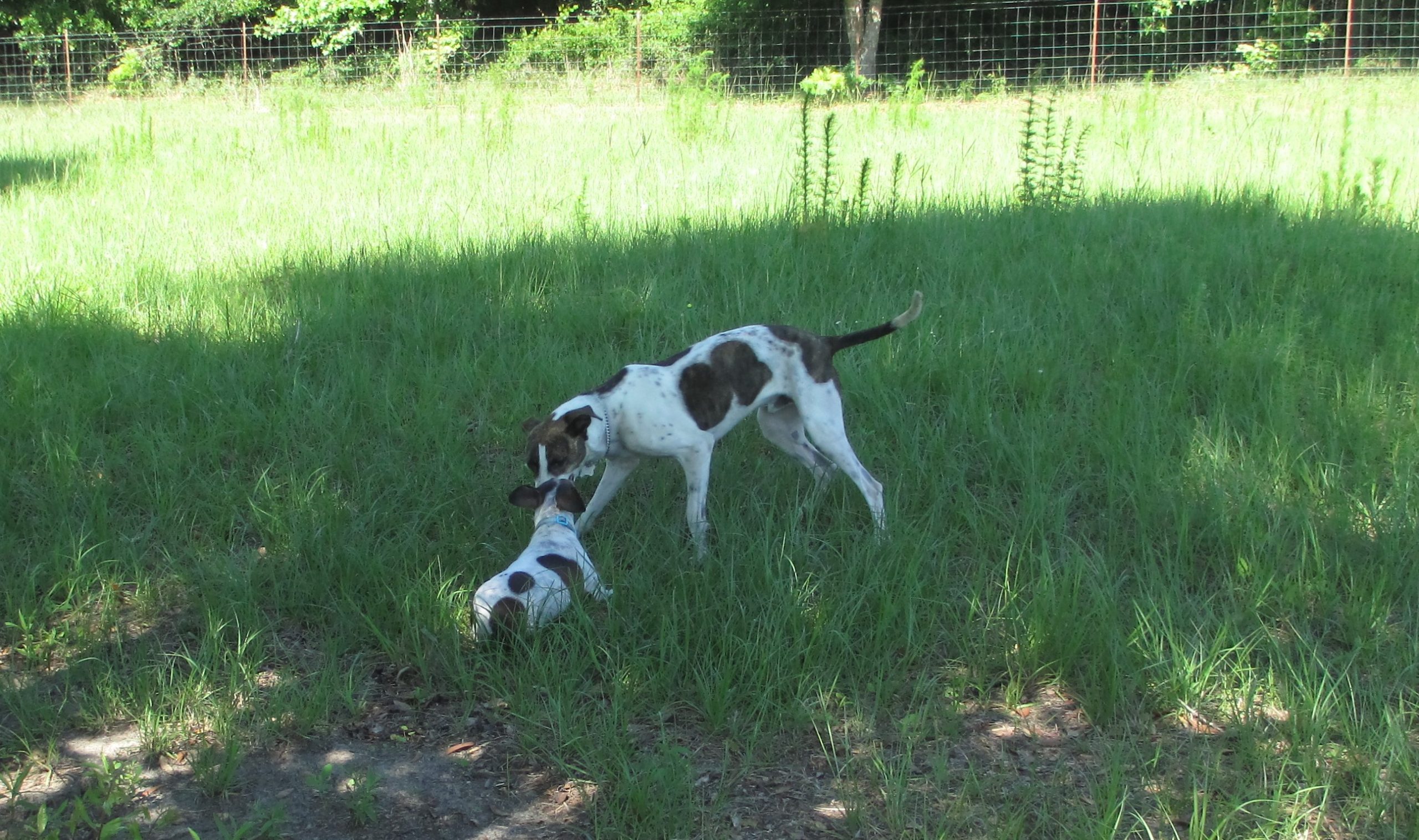 The latest release in the Live Oak Series, Catch the Fire is already getting reviews. With everything going on in the world, discovering that readers following this series have taken the time to write a review is especially meaningful. Thanks! This review is from Goodreads and I condensed it, just a teaser. Really!

“Another super read. This series has been a great example of small-town living…….In this book there is Honey, the cutest, sweetest little girl and her best friend, who is an abused little dog. They both will fill your heart with joy, Really!”

Honey’s little dog is modeled after one of my latest rescues. His name is Scooter and his backstory, as told in Catch the Fire, is what was given to me by the vet who saved his life by amputating his leg. It took me a while to get Scooter to stand still for his picture. He doesn’t seem to know he only has three legs and is constantly on the move. In this shot, he was on his way to play with his doggie friends, Mickey and Mona. Mickey could almost be Scooter’s twin except for the size.

While I don’t use real people in my stories, I often feature animals. Jay the donkey who appeared first in Chase the Fire was real and also a rescue. Charlie and Dutch, Lydia’s two Keeshunds who appear in Strike the Fire, are two more examples.

I have just started on Light the Fire, book five in this series. No animals have shown up yet but maybe. I’ll just have to wait and see what the characters, Jennifer and Cody, show me about their lives. With Cody being the sheriff, he just might have a dog or two. Jennifer makes me think of horses so maybe there is one in her life. I don’t know. I’ll have to write to find the answers. Really! (Honey’s absolutely favorite word.)